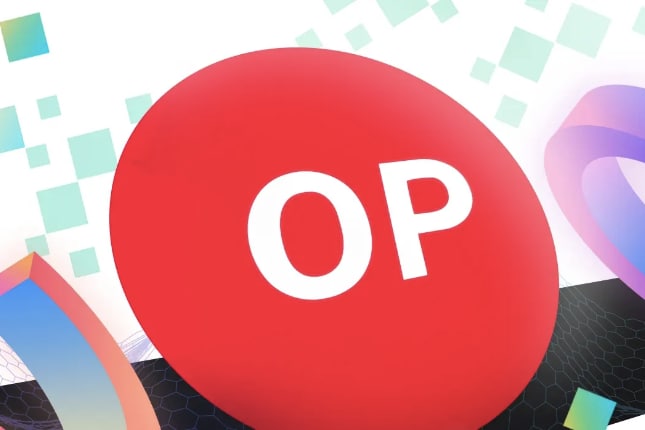 The Layer2 star project Optimism's OP token has seen a significant surge in the past week, from a low of 0.98$ to a high of 1.39$, an increase of more than 40%. Although there have been tokens that have doubled in price in the past week, most of these tokens are meme coins, mostly institutional pullbacks, and lack long-term investment value. As a token with long-term investment value, OP outperformed the majority of blue chips. The main reason why OP is favored is the stunning performance of the Optimism project team in the past year and the positive expectation of the main network Bedrock upgrade in 2023.

2022 will be a very turbulent year for the crypto industry, with countless star projects crashing and investment sharply declining in the bear market environment, casting a shadow over the development of the entire crypto industry. However, there are still some bright projects in this shadow, which are growing against the trend, driving the continuous development of the entire crypto industry with innovation in the technical field and the construction of the ecological scene. As one of the many bright projects, Optimism's performance in 2022 can be described as stunning.

Optimism Collective is creating a new model of digital democracy

The most significant innovation for Optimism in 2022 is undoubtedly the introduction of a digital democratic governance model in the encryption industry, and it has taken the lead in launching a large-scale experiment in digital democracy. As early as April 2022, Optimism launched the Optimism Collective, an team composed of community, companies and citizens, which aims to promote the rapid and sustainable development of the decentralized ecosystem, and is currently managed by the Optimism Foundation.

Token House is primarily responsible for voting on project incentives and protocol upgrades, and managing the Treasury Fund. It was the first Optimism airdrop to be established, composed of OP token holders and their representatives. Token House adopts a traditional coin voting, i.e. one coin one vote, to manage the core economy of Optimism Collective, including ecosystem donations, supervision of the OP token Treasury, and certain network parameters. Under the traditional one-coin-one-vote mode, the more coins held, the more voting rights are held, and the existence of whales often leads to short-sighted behavior for the sake of currency price increases, which is unacceptable for Optimism, which emphasizes "public good". Therefore, on the basis of the original one-coin-one-vote, Optimism has added a one-person-one-vote mode, the Citizens' House.

Citizens' House focuses on the allocation and traceability of public funds. The funds raised will be collected from the profits of the network. The citizen identity is granted by non-transferable tokens and will be distributed to more and more citizens over time. This ensures that Optimism is represented by a wide range of ecosystem participants (not just token holders), and governance is not driven by a plutocracy system. Under the one-person-one-vote mode, users' rights are not based on their economic power, but on their identity. The existence of Citizens' House is equal to that of Token House, and both make decisions for the collective.

OP Coin is helping Optimism to increase its volume

The issuance of the OP token of Optimism undoubtedly is the largest airdrop event in the cryptocurrency industry in 2022. On the day of the OP token issuance on June 1, its coin price achieved a 40% increase, and the OP token also drove Optimism to achieve a quantum leap in many fields such as Cross-Chain Bridge TVL, Ecological TVL, and Unique Address Number.

According to Dune data, in the two months since the OP token issuance, Optimism Bridged TVL (the total amount of assets staying on the cross-chain bridge) has reached nearly 1.427 billion US dollars, while before the OP coin issuance, this data was only 6.67 US dollars, It has risen 113.94% in two months, and at the same time, the TVL of Optimism ecology has also refreshed the historical highs after June 1. According to data from L2BEAT, the lock-up amount of Optimism before June 1 was 893 million US dollars, which doubled to 1.78 billion US dollars in two months. Although the TVL of Optimism ecology is still far from the first Arbitrum, the issuance of OP tokens is narrowing the gap.

In the past week, the OP coin has risen more than 40%. According to the third-party data, the current price of the OP coin is 1.35 US dollars, the market value ranking is 79th in the world, and the popularity ranking is 19th. As the governance token of Optimism, the potential of OP is being recognized by more and more investors.

What surprises will Optimism bring in 2023?

As the leader of the Layer2 track, Optimism has always been trying to maintain its leading position in the rollup architecture. Thus, although Optimism has achieved remarkable results in the past 2022, it still keeps its enthusiasm for technological innovation and ecological development, and in the new year of 2023, Optimism will continue to bring us more surprises.

1、Bedrock will be the most affordable, fastest, and most advanced aggregation architecture.

Bedrock is the next major version of the Optimism network, planned to be released in the first quarter of 2023. The ecology on Optimism will also be migrated to "Bedrock". The direct benefits of the upgrade are that the deposit time from L1 to L2 can be shortened by 4 times, and the cost of submitting data to L1 is reduced by about 20%. Bedrock aims to build the best aggregation architecture so far.

According to Optimism officials, the upcoming Bedrock will approach the theoretical best state in all aspects - the best transaction fees, the best difference points, the best network, and the best block production. The reason why Bedrock is so advanced is that it is both modular and concise, and its design concept is to turn the existing code of Ethereum into Rollup code. After this transformation is achieved, the client differences are left with only 500 lines of code.

In addition, Bedrock also configures a brand new L2 derivative pipeline, which is also the only rollup infrastructure that can save gas costs to the greatest extent when sending transaction data to the Ethereum network. At the same time, Bedrock is the only one that takes the Ethereum engine API as the separation consensus client or execution client. After the Ethereum expansion plan EIP-4844 (proto-danksharding) is launched, Optimism can be seamlessly integrated with data blobs, greatly reducing gas fees. In the future, these advantages of Bedrock will help Optimism become the first truly decentralized, EVM-based Rollup.

What changes will Bedrock bring?

2、RetroPGF is an experimental mechanism to fund positive impact.

Optimism Collective's second round of RetroPGF public product financing (RetroPGF) will take place in the first quarter of 2023. At that time, RetroPGF2 will distribute 10 million OP tokens to fund public products that support the development and use of the OP Stack. Optimism will also introduce the first generation of the "Citizens' House" to manage the distribution of funds.

RetroPGF is the process by which Optimism funds public products for the benefit of the collective and other groups. It is an ongoing experiment. As early as 2021, Optimism ran the first round of RetroPGF. Community members voted to distribute $1 million to 58 open source software projects. This time for RetroPGF Round 2, to be held in early 2023. This round will focus on funding public products that support the development and use of the OP Stack, mainly divided into three categories:

Can OP win the Layer2 battle?

In the past three months, the transaction volume of Layer2 networks has been increasing continuously. In comparison, since entering October, the transaction volume on Ethereum network has decreased by about 33% except for several peak values. According to the data of Dune Analytics, Ethereum processed more than 1.06 million transactions on January 10, while Layer2 only handled more than 1.12 million transactions from the two projects of Arbitrum and Optimism. On the single-day transaction volume, Layer2 network has exceeded Ethereum network. With the rise of more and more Layer2 star projects, Layer2 projects with high throughput and low fees are slowly winning the favor of the market, and more and more users are beginning to use L2 network. So, can OP win the final victory among many Layer2 projects? 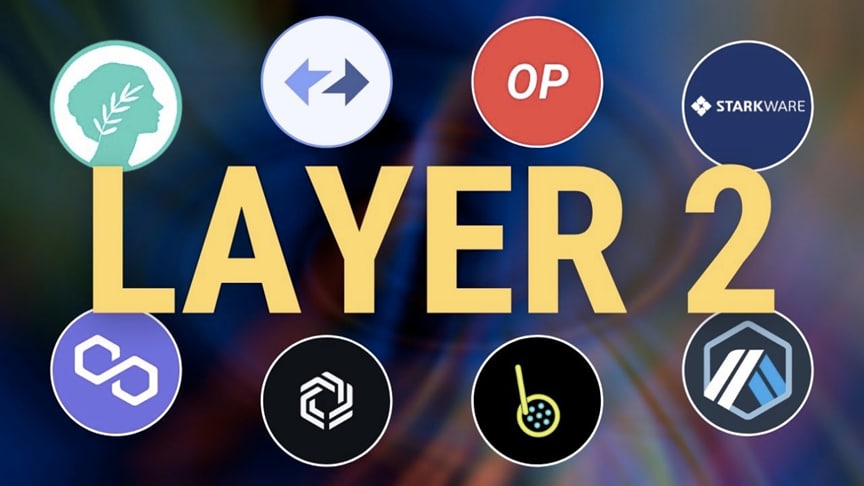 Optimistic and Arbitrum are both scaling solutions for Optimistic Rollup, with very subtle differences in the technical field that are difficult for ordinary users to perceive, but there are obvious differences in terms of ecosystem and community size.

In terms of Total Locked Value (TVL), Arbitrum is still the leader of the entire Layer2 market, with approximately $2.34 billion in collateral and a market share of 52.5%. Optimism ranks second, with a TVL of $1.28 billion and a market share of 28.6%. Arbitrum is nearly twice as much as Optimism, with a huge gap between the two. In terms of ecology, the dapp ecosystems on Arbitrum and Optimism have both grown significantly since the launch of their independent networks. Arbitrum's ecological statistics website lists more than 280 projects, while Optimism's ecological statistics website lists more than 200 projects.

From the data, it seems that Arbitrum is doing better than Optimism, but Optimism also has its own advantages, such as incentive measures. Optimism airdropped its governance token OP on June 1, 2022, and extended its governance to its community members through the creation of the Optimism Collective and Optimism Foundation. In comparison, Arbitrum has not yet revealed its token plan, and the current incentives to attract users are mainly for the organization of Arbitrum Odyssey NFT activities, which obviously do not have the same incentive effect as tokens. After the launch of the OP token, the daily transaction volume of Optimism once exceeded that of Arbitrum. And with the upcoming Bedrock upgrade of Optimism in 2023, the positive expectations are expected to bring more data skyrockets to Optimism.

Both Optimistic and Arbitrum have their own advantages. The aggregation framework of Arbitrum has superior anti-fraud mechanisms and proprietary VMs, which are superior to Optimism in terms of security and longevity. Optimism emphasizes more on decentralization and governance, which is better than Arbitrum in terms of DAO governance and incentive measures. There is no absolute advantage objectively, and who can win in the future may only be left to the market to decide.

1. In terms of withdrawal time, Optimistic Rollups have a longer withdrawal period;

3. Ethereum Virtual Machine (EVM) compatibility is much simpler on Optimistic rollups than on ZK rollups.

Compared to Optimism, ZK-sync has a much larger gap in terms of total lock-up, daily trading volume and user scale. However, ZK-sync is stronger than Optimism in theory and technology, which is its advantage but also limits its rapid development, because the theory of ZK-sync is too advanced, which leads to its huge development difficulty. For example, the circuit code of ZKEVM officially released by the Ethereum Foundation has more than 30,000 lines. According to V God's original words - "it needs very long development and continuous testing" and "it cannot rely on the security brought by the ZK system for several years". Therefore, in the foreseeable future, Optimism will still maintain a huge advantage over ZK-sync. As for whether ZK-sync can surpass Optimism in the future, perhaps only when ZKEVM is truly mature can we know the answer.

2023 is likely to be a year of industry restoration of confidence after the industry turbulence and various bizarre and thunderous events in 2022. Projects represented by Optimism, which focus on technological innovation and do not engage in false concept marketing, are gaining more and more favor from users. The encryption industry is gradually returning to rationality, and people are gradually recognizing that, in order to have enough awe for this market, adhere to the bottom line and principles, and then lower their heads to work, do a good job of products, serve users well, and the enterprise can last long and the industry can develop. 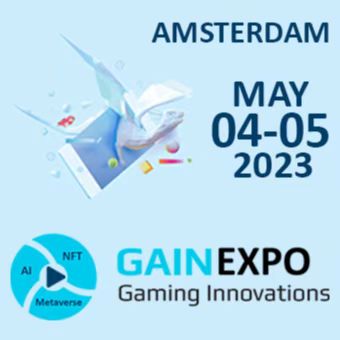